CAP’s Founding Officer, Veronica Vann Rodriguez, graduated from the University of Georgia and served as an Operations Officer with The National Bank of South Carolina for over twenty years. Her banking career culminated with her prominent role in the formation of Sumter National Bank where she served as Senior Executive Vice President and the bank’s Cashier for five years.

After moving to Columbia in 2001, Mrs. Rodriguez left the banking industry to take the position as President/CEO of the newly formed not-for-profit, Community Assistance Provider. During her tenure from 2001 through 2015, Rodriguez successfully managed the acquisition of over $8m in properties dedicated to housing the low to moderate income community.  Under her direction the company created over 400 new Homeowners, rehabilitated over 650 homes for low-income Senior citizens, provided Housing Counseling on an ongoing basis, conducted a financial awareness program (Enfoque Financiero) in Spanish, served as an intake office for SC Help, a federally funded mortgage assistance program and provided property management services for over 150 individual properties.

In partnership with state and local agencies such as the SC State Housing Authority, The City of Columbia, Richland County, Lexington County, Newberry County as well as foundations such as The Mary Reynolds Babcock Foundation and local banks including BB&T, Carolina Collegiate Federal Credit Union, Security Federal Bank, Wells Fargo and TD Bank. Rodriguez and her staff managed over $40m in funding and worked diligently to provide safe, decent and affordable housing for low income individuals, families and veterans.  During her tenure the company won many industry awards and was commended by the State Housing Authority, the State Association of Community and Economic Development, The City of Columbia and others.

Mrs. Rodriguez is married to Luis E. Rodriguez of Santee Lynches CDC in Sumter, SC who was instrumental in the development of CAP. Rodriguez retired in 2015 but she continues to volunteer in the housing arena while spending as much time as possible with her six grandchildren. 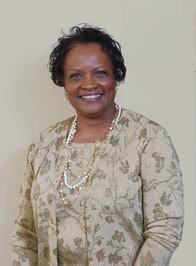